Eat What You Kill by Ted Scofield is a story of a Wall Street “short seller” named Evan Stoess. The best way to describe Evan is “Gordon Gekko on Steroids.” 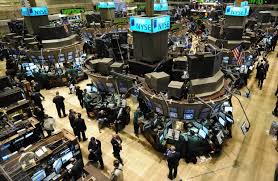 Evan was a poor boy from a trailer park who got a break by getting a full scholarship to an elite prep school. It was a turning point in his life, but not the way the school had hoped. As far as Evan was concerned the main thing he learned in prep school and later in college was that all the other guys had so much more than he did.

Evan pretended not to mind their teasing about his poor background, but on the inside he was seething with rage. He vowed that when he graduated he would do whatever it takes to have more money than any of them.

“Whatever it takes” has a whole new meaning when you are a short seller. In that line of work you make money when the stock of a company goes down rather than up. The worse the disaster for the company he short sells, the more money Evan makes.

The problem is that in New York City, no matter how well you do, there is always someone with more money than you could ever dream of having . Although Evan does quite well on Wall Street, he soon realizes that what he used to think of as a lot of money is just pocket change to to truly wealthy.

Evan  comes to the conclusion that great statistical analysis and good luck will never make him a true Titan of Wall Street.  He decides to take a more active approach to making disasters happen to the companies he is short selling. After all, a lot of hi-flying companies are dependent on one or two key executives.

What if something were to happen to these key players? How far will Evan  actually go to achieve this goal?  How much money is enough?

This is an exciting and  well written book by a first-time novelist. The author, Ted Scofield, knows Wall Street well, since his background is that of a securities Attorney, and he is still the General Counsel of Icebreaker Entertainment.

We recommend this  book and look forward to Mr. Scofield’s next novel.

2 thoughts on “Eat What You Kill- Book Review”

This site uses Akismet to reduce spam. Learn how your comment data is processed.

Have you seen the New Posts?